Family History Through The Alphabet Challenge : P is for...

This week I changed my mind three times. First of all I was going to write my P post about Putney, where my great-grandparents were born. Then I decided that I wanted to include Perth, Australia in my post. Then came my third choice. A post dedicated only to Perth. 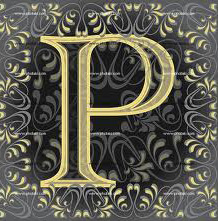 My relatives came to Perth from the early 1970s through to the late 1980s. I assumed that we had no known ancestry living in Australia before that time until I began seriously delving into my family history. That was when I discovered that I had two distant great-grand uncles that landed on Australian soil well before we did. One lived in what is known today as Melbourne (it was known as Van Diemen's Land when he arrived off a convict ship in 1847) and the other emigrated to Queensland in the 1960s (and later lived on Magnetic Island).

Before European colonisation, Perth was inhabited by the Whadjuk Noongar people for over 40,000 years. Evidence of this was discovered through archaeological findings along the Swan River. The area where the city of Perth now stands was called Boorloo by the Aboriginals living there at the time of their first contact with white people in 1827. Perth was named by Captain James Stirling in 1829 after Perth, Scotland (in honour of British Army Officer, Sir George Murray 1772-1846). Queen Victoria announced the city status of Perth in 1856.

My favourite reasons for living in Perth are its historical buildings and early twentieth century architecture, its Aboriginal heritage and diverse 21st century culture, the Swan River and City foreshore, Kings Park and Botanical Gardens, the endless stretches of white, sandy coastline, Fremantle, the black Swans and the National Parks from Mundaring to the Darling Scarp. Perth is still growing, still changing, still developing and re-developing. We may be isolated from other cities in Australia but we're lucky for it. We might be thought of as selfish or snobbish to some outsiders but we are staunchly proud of our City.