Family History Through the Alphabet Challenge : D is for...

As we celebrate the Diamond Jubilee this month, and I am up to the letter "D" in my alphabet blog challenge, I thought it only fitting to dedicate my post about the Royal Family and how they have influenced my family throughout the years. 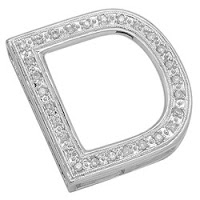 As a child I was very much aware of Royalty. They dominated the news, the television, my school life and my home life. My maternal grandmother Lilian was a staunch royalist, standing for National Anthems and demanding total silence during its full broadcast. My life as I knew it would be over in an instant if I even dared to move an inch or open my mouth to speak words other than the words of the Anthem.
My great-grandparents varied in age (from two up to nineteen) during Queen Victoria's Diamond Jubilee in 1897. I wonder what celebrations they joined in and witnessed alongside their parents and families. My maternal great-grandparents were Londoners so it seems appropriate that they would have joined at least one party or throng of people gathering along the Thames and within the streets of London. My paternal grandparents were in Beccles & Bungay except for one, who in 1897, was living in Hampstead, London as a housemaid to a prominent Surgeon/Physician. Did he allow my great-grandmother to go out and be a part of all the pomp and street festivities, I wonder?

In 1975 Beccles Historian and author of many local history books, E A (Ted) Goodwyn, published "Small Town Jubilee: Beccles in 1897". This book thoroughly investigates life as it was in Beccles and the surrounding towns and villages in the Jubilee year. From newspapers to council minutes, Goodwyn describes in great length the atmosphere, reputation and unique celebrations that Beccles acknowledged.

"...Tuesday 22 June , the Day of Celebration, was fine and hot. The town was gay with bunting, flags and all sorts of decorations, including a triumphal arch of evergreens and African grasses in Station Road with "God Bless the Queen" over the main arch and "1837 - 1897" over the smaller ones on each side. The only hitch was at the Town Hall, where an accident with the halliards prevented the hoisting of the Union Jack..."

"At half past one the children of the Board and National Schools assembled at their respective buildings, the Artillery Band leading the former and the Rifle Band the latter, to the New Market, where a Jubilee hymn followed by the inevitable anthem, three cheers for the Queen and one for the Mayor..."

'In the crowd was a venerable old lady of 99, in her wheelchair, watching as the children, gleeful and excited, each eaving a rosette and medal portrait of the Queen, shouted lustily; and the hot sun shone gaily as the columns marched into the Common. There, after games, tea was brewed in large coppers and served to 2,000 children..."

My mother was six years old on the day  of Queen Elizabeth II's Coronation ceremony. My family easily recall the excitement surrounding this time in history, not only because of the coronation of a new Queen but because many people in Bungay brought televisions into their homes for the first time. Seeing life actually moving on a small flickering screen in the corner of your living room was a sight to behold. Neighbours who couldn't afford televisions were invited round and many living rooms across the nation were fit to bursting with onlookers. My mother remembers standing erect, next to her parents and siblings during the Anthem, and gasping at the gown, the glitttering crown jewels and all the royal regalia of Elizabeth's coronation day on 2 June 1953.

My own memories of celebrating Royal Jubilee's was in 1977. This occasion was Queen Elizabeth II's Silver Jubilee. I remember my sisters and I were each given a commemorative mug. My sisters and I were also part of a large street party and there we enjoyed many different sweets and treats, made by all the local Mums. We played games and danced with everyone in the street until late into the evening.

Queen Elizabeth's Christmas broadcast in 1977 focused on Reconciliation as well as her overwhelming appreciation of the kindness and greetings she received from people she met that Jubilee year, "from twelve Commonwealth countries and thirty-six counties in the United Kingdom". She had visited Northern Ireland earlier in the year, which was the first time in 11 years, which also had a resonating effect on her. She finished her Christmas speech by saying these profound words:
"My hope this Christmas is that the Christian spirit of reconciliation may burn as strongly in our hearts during the coming year. God Bless you all..." 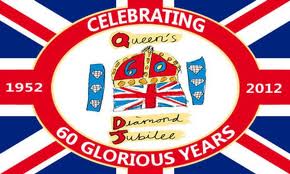